We are the Me Me s, we are a small group of circus professionals based in the UK
with over  20 years experience.
We create engaging and interactive character's and use the skills of acrobatics, roller-skating, mime, improvisation, statue and stilt-walking.

We have performed for Royalty at the Sea Palace in Abu Dhabi and Buckingham Palace in England. At malls including Bahrain City Centre, Mall of the Emirates and Dubai Mall. Fashion shows from Paris to Portugal. Car shows in England and Germany. Nightclubs from Japan to Russia and 10,000 capacity venues in Taiwan. Lavish birthday parties in Thailand and small intimate affairs in Spain. Festivals including the legendary Glastonbury, Henley and Roskilde in Denmark. Christmas parties in Lapland, and fundraising
events in Switzerland. Product launches from Chivas Regal in China to Bulgari perfume in Dubai. Trade shows from Poland to egypt. Music videos from All stars to Sir Paul McCartney. Arts festivals from Belgium to Jordan and Venezuela. Hotel promotion for Hilton Doubletree in Amsterdam and a hotel opening for Westin in Qatar. 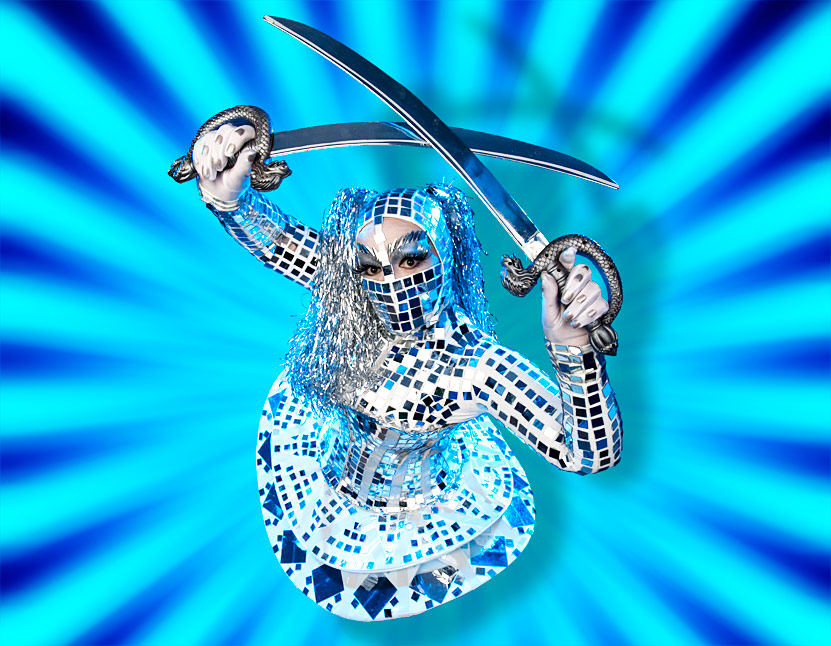 "Thank you so much for coming, you were all fantastic and really topped the day off!  On the public evaluation forms you came out as number one!"

"It was a great pleasure having you all in Bahrain and hopefully not for the last time."

"Thank you so very much for your fantastic work - you were enthusiastic, hard-working, and absolutely perfect for the event. Couldn't have asked for more."

"Was lovely working with you all - I saw the footage the other day and it looks pretty awesome!"

"The party was really amazing and the family tree set off a very magical and exotic atmosphere: charming creatures who got the guests in the right party mood and got everybody wowed and still talking about them!

There is nothing to add: mark and his group are simply perfect and would add an edge to any celebration."

"I wanted to thank both you and Ade for such a great performance, once again! You guys looked fantastic and everyone had so much fun getting their pictures taken with you!"

"I have had excellent feedback from the client who found you to be utterly professional and easy to work with.  Both the staff and the audience were really impressed with you both, and everyone thought the costumes and performances were top notch!"

"What an amazing day yesterday, all made even better because of your help and support. Thank you for getting cold, clapping loud, cheering on and bringing such an awesome atmosphere to the event."

"I just wanted to thank you again for your amazing performance last night. From the feedback we had from the guests you were absolutely great."

Thank you! Your submission has been received!

Oops! Something went wrong while submitting the form